EVERYTHING YOU NEED TO KNOW ABOUT CERVICAL CANCER

C ervical Cancer is the second most common cancer among women in India, after Breast Cancer. Fortunately, it is a treatable cancer but unfortunately there is not enough awareness on early screening and treatment, which means …

C ervical Cancer is the second most common cancer among women in India, after Breast Cancer. Fortunately, it is a treatable cancer but unfortunately there is not enough awareness on early screening and treatment, which means the cancer advances and lives are lost. In order to reduce the number of deaths related to Cervical Cancer, ‘awareness’ is the key.

The Cervix is the lower end of the uterus that connects it to the vagina. When cells in this region grow and multiply abnormally, it is called Cervical Cancer.

Most women tend to ignore these symptoms, accepting them as a part of hormonal changes during the menstrual cycle. In some cases, it might even be so. But getting a regular screening for Cervical Cancer can help detect the disease earlier on and save lives.

A Pap Smear or a Pap Test involves taking cells from the cervix (lower part of uterus, seen in the top of vagina), to test for Cervical Cancer and/or other infections. The procedure may be accompanied with a pelvic examination and a test for human papillomavirus (HPV). An instrument called a speculum is then gently inserted into the vagina to hold the vaginal walls apart, while the doctor collects cell samples using a soft brush and scraper. These cells are then sent to the lab to evaluate for cancer and pre-cancer. Ideally, irrespective of sexual activity, women aged twenty-one and above need to do a Pap Test once every three years, until the age of sixty-five.

Other diagnostic tests that the doctor might recommend getting a closer look at the cervix are Colposcopy, MRI Scan, CT scan and a PET Scan. This entirely depends on the symptoms that the patient presents with during the first consultation.

In most cases the cause for Cervical Cancer is the Human Papillomavirus (HPV). It is a common sexually transmitted infection that can cause cervical cancer. HPV testing in women is like the Pap Test – the doctor will swab cells from the cervix and send it to the lab for testing. There are over one hundred types of HPV. Some HPV infections cause warts, and some lead to cancer. Vaccines can protect against cancers caused by HPV strains that cause cancer and genital warts.

However, in some cases the cause for Cervical Cancer might be something else. Other risks include:

Depending on the results of the Pap Smear or biopsy, the doctor will decide the stage of cervical cancer. This step is important in order to decide what treatment is required.

CRYOSURGERY: If precancerous cells (that can turn into cancer) such as cervical intraepithelial neoplasia are found in the cervix, Cryosurgery is an option. It is a minimally invasive procedure with next to no complications. It is a kind of cryotherapy where the cervix is blasted with liquid nitrogen to freeze all the cells. Over the next few weeks, the frozen cells will thaw and either get absorbed by the body or flushed out through the vagina. It has a 90% success rate – meaning the cancerous cells will not recur. Nevertheless, the doctor will recommend periodic Pap Smears.

CONIZATION: it is a surgical procedure used to treat precancer and early-stage cervical cancer. It is the excision of cone shaped portion of cervix to remove a cervical lesion. It can be done with scalpel (knife), a laser or electrosurgical instrument (LEEP).

RADICAL HYSTERECTOMY: Depending on the rate of growth and spread of the cancer, the doctor decides on whether a hysterectomy is required or not. In this procedure the uterus and cervix are surgically removed. In some cases, the ovaries and a few lymph nodes in the region are also removed to prevent metastasis.

RADIOTHERAPY & CHEMOTHERAPY: For more advanced stages of Cervical Cancer, Radiation therapy is the treatment modality. This may be performed in conjunction with Chemotherapy depending on how far the cancer has spread.

Not all cancers can be screened and even fewer can be prevented with a vaccine. HPV vaccines can be given to women up to the age of forty-five and it plays a significant role in preventing Cervical Cancer. For those who may have missed the shots during their younger age, it is never too late to get one now. Consult a gynaecologist and set up a pap test to screen for Cervical Cancer. There is no need for a single woman to die from Cervical Cancer.

Our simple to use, online appointment process makes it easy for you to book for any one of our services and doctors. 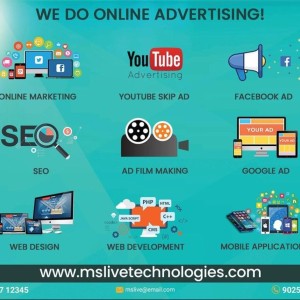 PreviousHello world!
NextREASONS TO GET THE HPV VACCINE

Get weekly health information and advice from our experts.

THE POST WORKOUT DIET When we talk about exercising, we tend to focus on how …